What’s in a barrel?

THE MARKED SIDE (AKA “THE MONEY SIDE”) 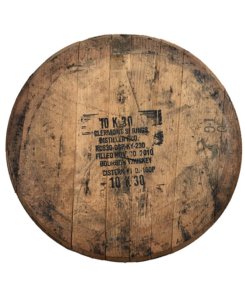 There are two lids per whiskey barrel.  Each lid , or “head” (whiskey barrel head) is made of white oak slats that are held together by the pressure of the liquid inside the barrel – no glue is used.  The stamped lid is called the “money end.” The stamp is a way for the distiller to keep track of whats in the barrel, when it barreled and where it is stored.

For example, “DSP-KY-230” means “Kentucky distiller permit #230, which is the number assigned to Jim Beam. #44 is Maker’s Mark, #50 is Peerless, #52 is Woodford. All are assigned their number in the order of application — so the lower the number, the older the distillery.

The rules are pretty strict for whiskey that has the honor of becoming bourbon – all that can go in is grain, water, and yeast, and they must be aged in a new white oak barrel.

In order to give whiskey its deep caramel color and rich smokey flavor notes, distilleries lightly “toast” the barrels to caramelize any natural sugar in the wood and then burn the ever living heck out of it for 6-12 seconds to give it a good char.  The barrel heads themselves are often charred longer – for 90 seconds or so.

Naturally, the charred side of your barrel head did its part to make a delicious batch of Kentucky’s liquid gold. 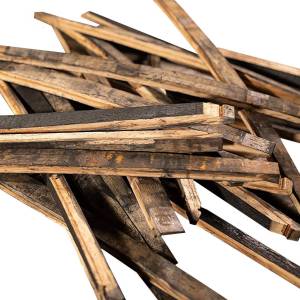 There’s no glue used in the production of whiskey barrel heads – only holes, dowels, and a bit of parafin wax around the outside to help the seal. The entire barrel coopering process is done the same way it always has – entirely by hand.

Solid craftsmanship eliminates the need for adhesive, which could touch the whiskey and interfere with the flavor. The way the wood slats fit together also allow them to expand and contract comfortably as the whiskey ages over the years.

There are 31-33 staves in a bourbon barrel – al with varying widths ranging from around 1.5″ – 5.5″.  Each barrel is hand assembled by a cooper, placed into rings or hoops, and then capped with heads.  Before the barrel is used, the inside will be charred to a specification of the customer ordering the barrel anywhere from a light toast to full char. 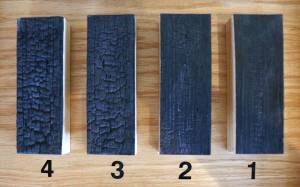 For American bourbon, there are generally 4 levels of char, but you can go over.  Most Bourbon brands opt for 3 or 4 but there have been distillers, like Buffalo Trace that have tried No. 7.

The lighter char preserves more of the natural oak aroma and flavor while the darker char provides more color,  caramelization, and a sweeter smoke profile.

Create your own Barrel Head 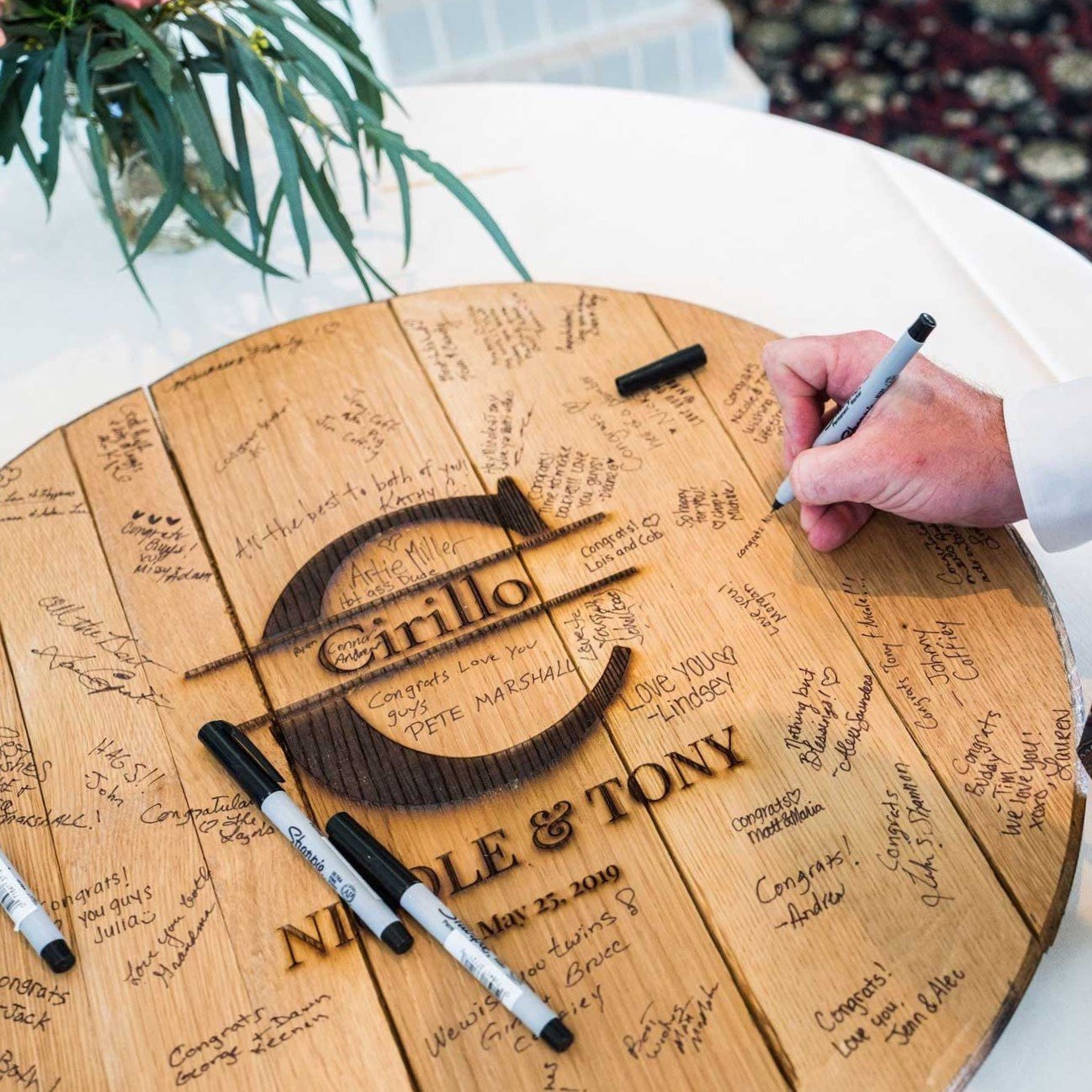